| It is okay to be Single

"Being single gives me freedom so I don't waste time or energy on a relationship partner who doesn't value me and my attributes. I've given up drama and appreciate my life as it is now."

The pressure of marriage is insane. Her Mr. Right did not show and may never show up. That does not mean that she should go into a corner and weep.

On the contrary it means thinking about her experiences and uncovering the true potential of her options in life, especially since she is surrounded by many singles who are waiting on their Mr. Rights. The unfortunate reality, is that, they (single ladies) are depressed by this.

They are waiting on the shinning armor of their Princes to start the spark of happiness.

It is worth noting that marriage might not be the promised path to happiness. Studies on marital status and happiness have conflicting results. Some state that married people are happier: A study, published in the Journal of Marriage and Family reveals that married couples experience few advantages for psychological well-being, health or social ties compared to unmarried couples who live together.

While both marriage and cohabitation provide benefits over being single, these reduce over time following a honeymoon period.

Others claim that singles are happier, while some studies argue that both single and married individuals enjoy about the same level of happiness.

I am left to ponder; If the more accurate studies are those that suggest singles are less happy, could it be because of social pressure and the way society discriminates against singles rather than the actual state of being single?

Happiness, as we all know is tied to many factors and there are no guarantees in life, so how can marital status guarantee happiness or sadness? You could be single but surrounded by people who care. You can be married; and lonely and isolated and vice versa.

And what role does our perception that ‘the grass is always greener on the other side’ play?

We live in a world where many find it hard to believe that you can be single and happy, just as you can be married and happy (or miserable depending).

And we live in a culture where singles, especially single women, are constantly put down and made to feel inadequate. Whenever someone asks you what you’ve been up to and you eagerly talk about your presentation at a conference or promotion at work……. pity starts to appear in their eyes.

“Oh poor soul…but have you met anyone yet?” Some even take it a step further by reminding you that your “expiration date” is around the corner.

We have many creative comments that we hate to hear. Some get irritating over time..... “Why are you single?”

"What's wrong with you? what are you doing wrong?"  You naturally have to be the problem.

It is very unfortunate that we are living in the era of “single shaming.” The internet is littered with articles about “how to be single and happy,” implying that you should naturally be in tears at this predicament.

Very unfortunate, right!!!! However things are changing in the West. According to the Census Bureau in the US, about 54 percent of women of marriageable age are single, while the figure is 46 percent for men. And many are choosing to remain single or become single parents.

What makes being single unique?

1. You Can Fill Your Life With Things That Actually Make You Happy.

So many people equate relationships and happiness, but that's just not true for every relationship (or every person). If you're happy, then there's no reason to push yourself to be in a relationship just because society expects it.

2. You Know You Can Trust Yourself.

There's something really gratifying about knowing you're not being swept along with the crowd just for the hell of it. "You’re being true to yourself."

You’re living your life and being true to yourself by doing your diligence and living honestly. Knowing that you're being authentic and demonstrating good judgement is a huge benefit.

Being in a relationship can be amazing, but it also means taking on a lot of responsibilities and priorities that weren't yours to begin with. Their friends, their family, their needs; all of these can take up a lot of time and a lot of energy.

4. You Get To Design Your Own Life.

Some people like their damn space. Both in the sense of their life generally and just how their home is organized. If you enjoy living alone and spending time by yourself, you would prefer not to have to negotiate for what you want with a partner, or your real love is your career, then perhaps you are better off being single.

You can as well adopt a child, if you want to be a parent. Single parent by choice, Shows that society attitudes are now changing... Not like they used to be then.

Also singles are growing in percentage of the population as already evidenced in the statistics provided above.

And yet…… Despite all the above unique benefits of being single, Negative attitudes towards being “single” exist everywhere.

A Japanese female lawmaker was once screamed at by male lawmaker, “Go get married….” “Can you give birth?”

In Uganda ‘single shaming’ is more pronounced because behind the wild nightlife scene and beaches hides a traditional society with traditional values.

In Uganda, everyone is pressured into getting married as if it’s the only path in life. There is a generally held belief in Uganda that you can not win an election if you are not married. “If you are not married, you do not deserve to be listened to.”

Everyone is pressured into getting married, as if it's the only option in life. And people not in a relationship are greeted with scorn.

It’s rather perplexing considering our reality. In a country suffering from a lack of job opportunities, there aren’t many men of marriageable age around because of many factors.

Some claim there’s a 2:1 female-to-male ratio “among school students.” While there seems to be no consensus on what the real ratio is, there is consensus that there are more women than men of marriageable age in Uganda. And this unique gender ratio makes Uganda very unique indeed.

These numbers make the stakes high and the competition fierce for women. It also makes finding a genuine partner in life (which is what many modern, educated, financially independent and career focused women want rather than a husband who is just a ‘provider’ in the traditional sense) as challenging as seeing an atom with your naked eye.

Even guys are having tough times since they have to grapple with the high cost of living versus low salaries and ridiculous expectations. And there’s also the pressure that leads some to marry for all the wrong reasons just for the sake of the big wedding only to divorce soon after.

We live in a world of "May we celebrate your wedding."

Even the poorest single guys who exist are having tough times. Some are very hardworking and talented and yet can't afford to rent a 1 bedroom apartment, let alone start a family.

Kampala is getting expensive and the salaries aren't the best in the region. This makes marriage an elusive dream to them too. Some men, who can afford marriage, don't consider it. Why do they have to settle down, when they can have some fun?

Let's not forget women have different expectations today because of education and career ambitions. Many women want a genuine partner in life and are not looking for the old traditional provider.

Will our current reality signal a change in our society? Will Uganda be kinder towards those who will remain single for life, some by choice and many because of sheer circumstance?

Or will society continue to make this ever-growing portion of the population feel like they missed the boat even though the boat was simply never there to begin with?

Whatever the answers might be, it’s worth remembering true happiness is found in ourselves, not in others.

Happiness, companionship, joy and fulfillness can be found in many places…….Friends,  family, work, charity, travel... The list goes on.

Being single isn't the worst thing that can happen.  It's time we embrace the happiness that we have, regardless of our marital status. We are in the 21st century and we can build our own path. This is how things start... How things change!!!

Married or single: both can be the true path to happiness..... But happiness starts with YOU. 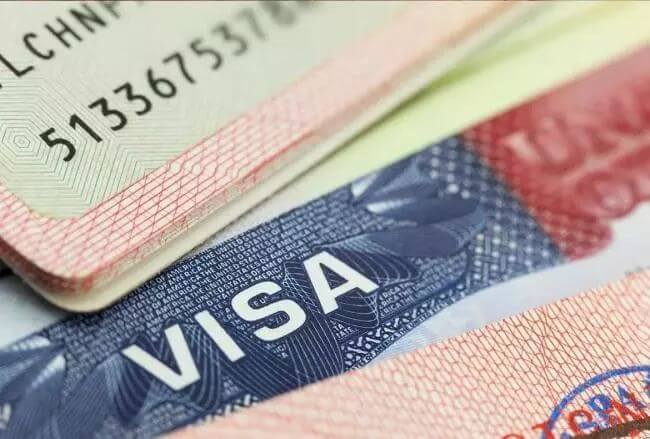