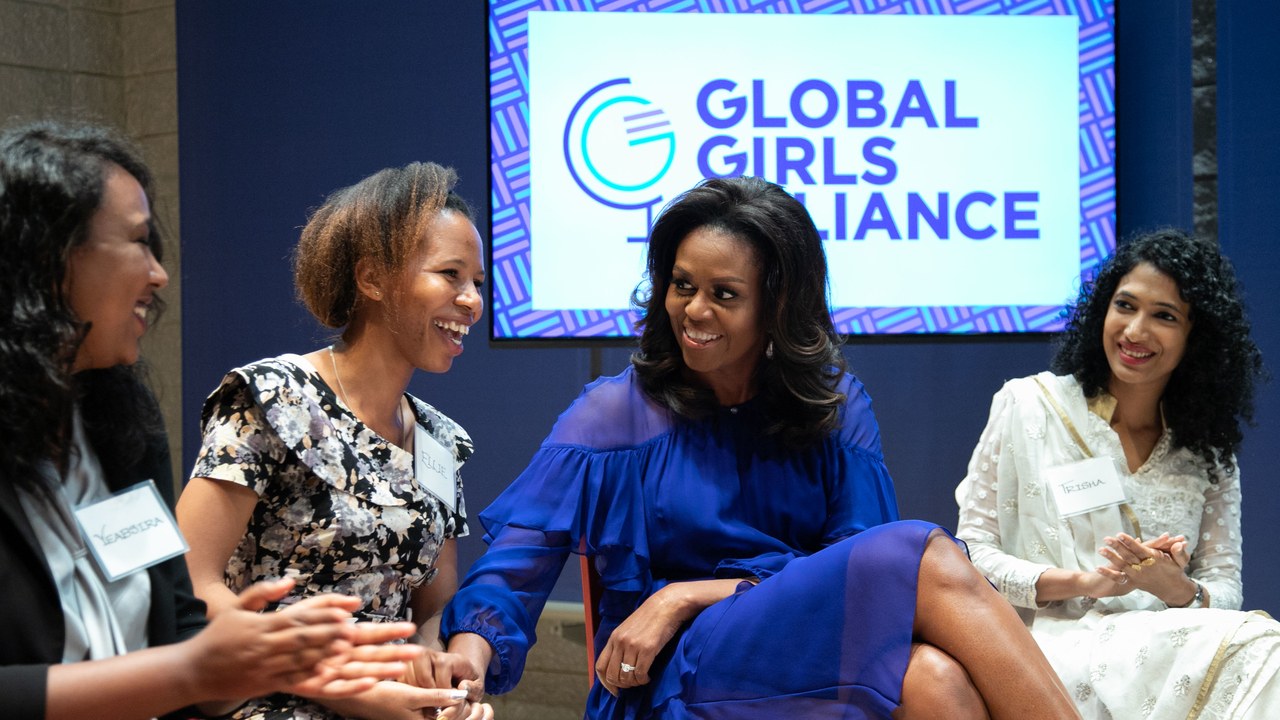 This popular phrase has become a rallying cry for female candidates and the advancement of women’s rights as a whole.  It is also the perfect description for our own Kisa Mentor and Alumna, Ellie Kaaya!

Ellie’s long-time dream of visiting the United States came true in October, 2018.  She was honored as Mentee of the Year by She’s the First and was the keynote speaker at their International Day of the Girl event in New York City.  AfricAid also enjoyed Ellie’s visit to our Denver office as she met supporters and spoke at the annual Angel Breakfast fundraising event.  Ellie has savored her memories of her trip to the US and shares them now.  This includes her experience leading up to the trip (not giving up hope!) and a surprise meeting with one very special role model. Because everyone is the perfect story teller for their own story, Ellie is telling hers.

Looking for the Open Door

When I graduated from high school and the Kisa Project in 2013, I had a dream that I would study in the United States.  I took the required TOEFL and ACT exams.  With the help of AfricAid and She’s the First, I applied to some universities in the United States. But it wasn’t to be, and I instead went to St. Augustine University here in Tanzania and graduated with a BA in sociology in 2017.

When I was at university, I aspired to be student body president. People said it would not happen because women can’t be president. I went ahead and contested anyway. I lost. I regrouped and continued to tell my fellow students that women can be presidents. I went on to be a leader in another way:  I started a community project to help students learn about entrepreneurship.

In 2016, I was invited for the first time to travel to the US by She’s the First. They wanted to honor me then as their Mentee of the Year. My visa was denied, actually twice. Early in 2018, I applied again for a visa to attend their fellowship program in Central America. Again, my visa didn’t go through, and I was devastated.

Why have I started this piece by sharing some of my failures?  Here’s why.

As a young woman raised by a single mom, I had big dreams. In pursuing these dreams, I have learned a lot of things along the way. Failure and disappointment were a big part of those lessons, but I never gave up – I persisted, even when every door seemed to be shutting on me.

And then, one finally opened! I wish you could have seen my face walking out the door of the US embassy in September, 2018! Everyone at the AfricAid office was waiting to hear the news, and they were all so happy for me - we celebrated as a family.

My Time in the US

On my way to the US, I did not sleep a wink and stared at almost everything. The airports were huge and nothing like I had seen before.

Upon arriving, my favorite thing was visiting new places, such as the Brooklyn Bridge and Times Square.  I summited Pikes Peak, but this time in a car - how much easier it was to ascend this mountain compared to when I climbed Mount Kilimanjaro at home on foot!

In addition to meeting lots of new people who share my passion for girls’ education, there were many happy reunions.  I was able to meet many people who have visited Tanzania over the years, but this time in their own homes.  This includes the founder of AfricAid, Ashley Shuyler Carter, and her family.  It was fun to reminisce with the climbing group from Denver that I met during the Kilimanjaro climb.  And, I spent time with a group of generous people who as young travelers from North America took a chance on me as a village girl, and helped me go to school.  Ten years later, we were together again as they flew in from various parts of the US to rendezvous with me in New York.  It was incredibly special to see them again.

Meeting my favorite and most inspirational woman, Michelle Obama, was the experience of a lifetime!  I went to the Obama Foundation offices in New York with the founders of She’s the First to participate in a discussion with other girls’ education advocates.  I remember passing through the security checkpoint and arriving in the room where I was the only Tanzanian sitting in a circle of young women leaders from around the world.  We were sharing what we do and why we care about girls’ education when Michelle Obama herself walked into the room.  I couldn’t believe my eyes!  Everyone was screaming, jumping up and down, completely blown away.

What is Michelle really like?  Everyone wants to know!

She is natural, genuine, wise, and utterly incredible. She is a hugger - she hugged everyone. When it was my turn to hug her, I had to make sure I did it right. Mrs. Obama knew our stories, she called out my name, and when she hugged me, I whispered “I cannot believe it!” She stopped the hug, looked me directly in the eyes, her hands on my shoulders and said, “Ellie, believe it,” and then hugged me again. I could not stop smiling through a flood of tears. Michelle came and sat next to me, holding my hand the whole the time. As I recall the experience, it is like I see her here today in front of me again, hugging me and telling me to believe it!

Six months after I met Michelle Obama, I had just given a speech at the UN event for International Women’s Day here in Arusha, Tanzania and I got a notification that Michelle had posted a photo on Instagram.  It was a picture of the two of us, taken that day in the US.  She had written about me, what I do, and how I was an inspiration to her on such a special day!  She had remembered me, my smile, my work, and what we spoke about six months earlier.  The post was ultimately “liked” by X people.

I cannot describe the feeling of being recognized by the woman I admire most in the world.  So many emotions overcame me as I reflected on where I had come from, as the last born of nine, never knowing what the world had in store for me. When I was growing up, my brothers told me that I was the future wife of another man and I should be married.  Instead, I was the girl who pushed, who was stubborn, as my brothers claimed, who wanted to do the things my brothers did – including getting an education.

What about my brothers now? After I met Michelle Obama, they saw me as a role model and sent their own daughters to school.

What’s Next for Me?

Meeting Michelle Obama has opened a lot of doors for me.  For example, at the end of March, I was selected to attend the World Youth Forum in Egypt.  I met the President of Egypt and spoke to him about girls’ education and the different organizations I am associated with do.

I use my experiences to inspire others, including AfricAid’s Kisa Scholars.  This is what I tell young people:

“Don’t stop.  It only seems impossible until it’s done.  Continue working on that dream, that business you feel like giving up on, that environmental project you want to quit, that lesson you think is hard – because at the end of the day, it will be worth it. Your background should never stop you, visa rejections should never stop you, your financial situation, what your brothers say about what you can or cannot do – none of that can stop you from chasing your dreams. You can achieve all that you believe if you work tirelessly to achieve it. Believe it!  Just as Michelle said to me, I say back to all of you who at some point hesitate, Believe it!”

I believe this is just the beginning of more amazing things to come my way.  I have started a new organization, called Her Journey to School.  It addresses gender inequality in the place I come from.  We aim to change the status quo by changing attitudes about the value and potential of girls within communities.  Our goal is for girls stay in school and understand their rights.  We provide girls with health education and have started a campaign called “Pad a Girl.”  I am putting many of the things I have learned from AfricAid and She’s the First into practice.

Some people simply do not understand why we care and invest so much of ourselves in girls’ education.  I wake up every day knowing that Michelle has put her faith in me and I have a very huge responsibility to reach out to as many communities as possible to make sure that more girls have the necessary support and materials to stay in school. This dream is what gets me out of bed every day. I will never stop until girls’ rights and education are something for which we no longer have to fight.

“Believe it!” has become my mantra.

I would like to thank all the people in my life (too many to name here) who have inspired and pushed me to be more and do more. People who have believed in me, giving me the opportunity to thrive and become the best version of myself.  I am forever grateful.

To Michelle Obama, thank you for the trust, power, and investment you have put in me and in the Global Girls Alliance, for the continued support and encouragement you give to young people around the world.  With support like this, the world can truly be the best it has ever been.

To the AfricAid team, especially my Mentor Anande and Mr. Julius of Cornerstone Leadership Academy, thank you for developing me into a leader.

To the She’s the First team, especially Tammy and Christen, thank you for sharing my story so widely and using it as an example to inspire others – and for your perseverance in arranging my travel.

To Jory and Jill, Susan and Madeleine, thank you for reminding me that even when life seems especially tough, I have a family on the other side of the world who were there from the very beginning.

To my Kilimanjaro Trek family, thank you giving me an opportunity to show the world what a girl from Nkoarisambu village can do.

To my friends and family, thank you for never giving up on me.

Her Journey to School 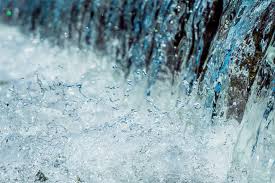